Skip to content
By adminApril 6, 2019Leave a Comment on A WORKSHOP ON CANCER- WORLD CANCER DAY 2019 CELEBRATED BY THROUGH SCOPH

As an activity that happens yearly and that MEDSAR through its standing committee on public Health (SCOPH) celebrate, this year’s World Cancer Day (WCD) has been a success for MEDSAR and SCOPH, particularly. The activity had been planned to take place in three phases (3), and, as planned, it happened in the
preplanned three phases. The first and foremost phase was a workshop on Cancer, with special focus
on Cervical, Breast, and Lung Cancers, that was meant to capacity build MEDSAR members and all other
students in Huye campus willing to take part in community service and know more about Cancer. The
second phase was a visit at Butaro Cancer Center, where we planned a visit to cancer patients (Children
with Cancer). The last but least one, was a community outreach in a secondary School, G.S. HVP
Gatagara, where a team of medical students, as MEDSAR members carried out a very thorough teaching
session about Cancer.
Find more details and records concerning each and every phase of the WCD2019.

Every 4th February, Rwanda and world celebrate world cancer day with the aim of raising awareness of
this disastrous disease which kills millions of people every year emphasizing on ways of prevention.
Medical Students’ Association of Rwanda (MESDAR) through its Standing Committee On Public Health
(SCOPH) organized a training workshop on 31st January 2019 with aim of raising awareness among
campus (Huye campus of University of Rwanda) students particularly those from the school of medicine
and pharmacy, for they are the ones that end up going in the community to teach about these diseases,
on overview of cancer in general; lung, cervical, and breast cancers.

CERVICAL CANCER: by Mick NDAYISHIMIYE
Using Kinyarwanda Mr. Mick explained very well all about cervical cancer: Introduction,
Epidemiology, signs and symptoms, causes and risk factors, and prevention measures such as
strengthening vaccination program, circumcision in men, prevention of unprotected sex, use of
condoms, and faithfulness in married couples. He mainly emphasized on the epidemiology, risk
factors and ways of prevention for this cancer as most the attendants of the training were being
trained to be good advocate and community servants.

BREAST CANCER by Divine RUSA
Divine, a medical student intern, has been a member of MEDSAR, a secretary of MEDSAR and Regional
director of SCORA in IFMSA. Her message about breast cancer was straight forward and comprehensive.
She stressed that breast Cancer is an issue that should concern everyone, be it a woman or man. She
focused on Breast Self-examination (BSE), risk factors, and ways of prevention. She, as well talked about
the causes of this disastrous disease as well as the epidemiology

BREAST CANCER INITIATIVE EAST AFRICA (BCIEA) PRESENTATION
BCIEA is an NGO that was launched by a survivor of cancer who from then started an organization to
help victims of breast cancer. Their missions include raising awareness and taking prevention
measures. Constance, A trainer from this organization conducted a thorough session about cancer
prevention through Health eating. These are Some of the things she talked about:
 Reducing oil used in cooking
 Reduction in excessive milk intake.
 Eat starch equal to one’s fist in volume.
 Prohibition of cassava leaves sauce “isombe”
She added that these eating behavior changes are enhanced by physical exercises, alcohol reduction and
quitting smoking. 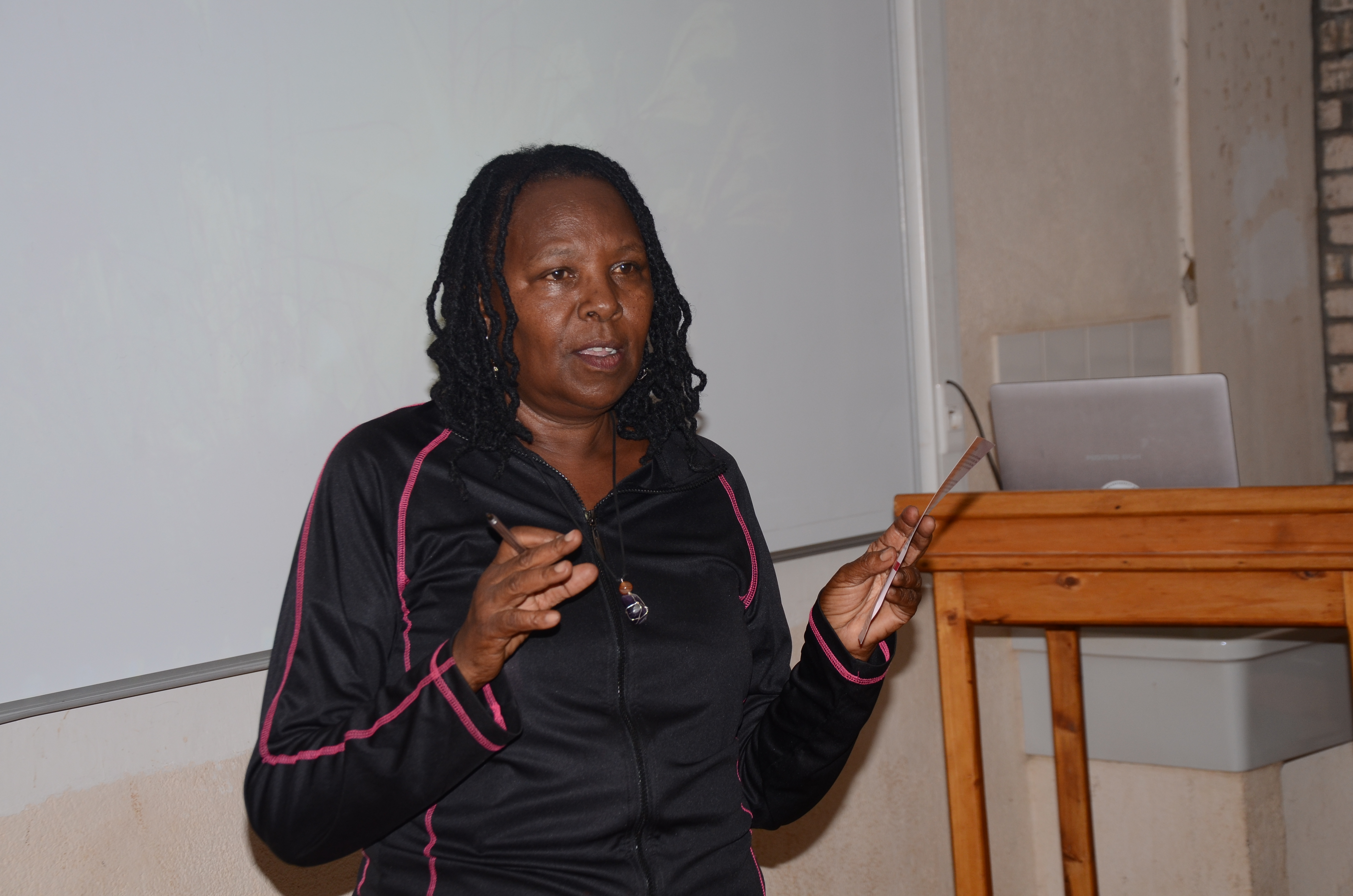 LUNG CANCER by DESIRE KALISA,
KALISA Desire, a student intern, has been member of MEDSAR for long time. He emphasized on causes
of this cancer mainly smoking, not forgetting the second-hand smokers which is highly affecting a lot of
people and raised WHO’s concern. Other causes include asbestos roofing which is still found in many
apartments in Rwanda. Desire mainly focused on the risk factors of Lung Cancer. This was mainly,
because all these risk factors are preventable with the right attitude. The risk factors he talked about
mainly are: First hand smoking, second hand smoking, Alcohol consumption, Obesity, physical
inactivity. In a comprehensive presentation, and very interactive, he included different funny and easy
to remember pictures in his power point to hammer the presentation in the brain of the attendants.

CANCER BURDEN AND MANAGEMENT IN RWANDA BY DR ALEANDRE …
Dr. Alexandre, a second year resident in internal medicine, focused on cancer burden in Rwanda as well
as worldwide. Nearly 1.6 trillion US$ (800 times of Rwandan year budget) per year is used to fight
consequences of cancer. He also emphasized on less effort done to prevent some cancers like stomach
cancer, which can be prevented to some degree by fighting Helicobacter pylori a fecal-oral
contaminated gram-negative bacterium. At CHUB, a University Hospital, in 10-screened people, 3 are
infected by the disease which is risk factor of cancer. He also mentioned how many people in our
country are losing their lives, now and then, due to Cancer. He, as well, talked about how the country
tries to address the problem, such as the creation of Butaro Cancer center which takes care of Cancer
patient in Rwanda.

CLOSING REMARKS BY NPO: MR STEVEN SETONDE MBANZA
Steven, SCOPH director, concluded by thanking mainly the trainers and everyone who was available that
day hoping to use the knowledge from workshop in spreading the word. He invited everyone to attend
future SCOPH activities and be part of the community servants.
Steven, National Public Health Officer (NPO), wrapping up for the workshop.
The workshop ended with taking pictures of the day.
Some more pictures of the event.

Some more pictures of the event.
Trainers, NPO, Medsar vice president, MCs, and Desire, who talked about SCOPH. 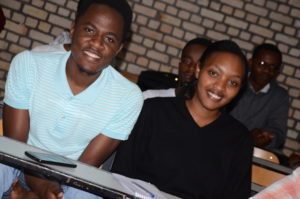 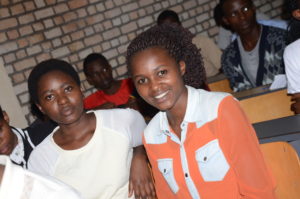 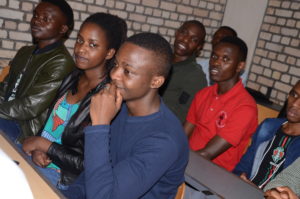 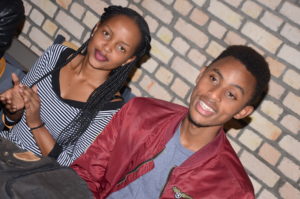 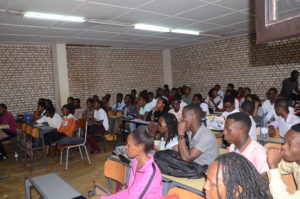 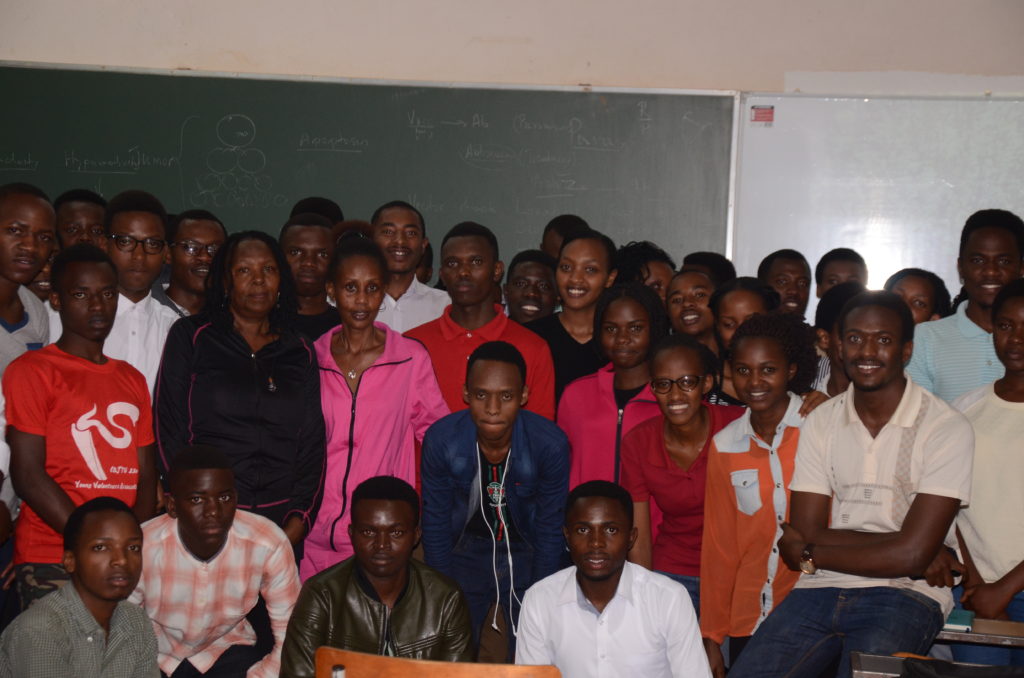