March 8, every year the world celebrates international women’s day (IWD). This global day celebrates the social, economic, cultural and political achievements of women, the day also marks a call to action for accelerating gender equality. This year 2019, the theme for international women’s day was “think equal, build smart, innovate for change “and the campaign theme was balance for better. Medical students’ association of Rwanda joined the world in celebrating women’s day through its two standing committees SCORA (Standing committee on reproductive and sexual health and rights including HIV and AIDS) AND SCORP (Standing committee on human rights and peace). This day was marked by several activities namely an online talk done on march 10, 2019 and official MEDSAR women’s day celebration done on march 23,2019. The online talk had a theme which said “the role of gender equality towards achieving SDGs agenda 2030”, the speaker was Dr Tadala ulemu SCORA RA of Africa as the speaker and Annick Agasaro, a Scorpion as the moderator. Starting with, Dr Tadala explained the meaning of sustainable development where she said that it is simply the development that meets the needs of the present without compromising the ability of future generations to meet their own needs. She kept on defining gender equality where it is first of all a fundamental human right and it is a state of equal ease of access to resources and opportunities regardless of gender. It includes economic participation as well as participation in decision making and the state of valuing different behaviors, aspirations and needs equally regardless of gender,” said Tadala. In the same token Dr Tadala pointed out what SDGs are, she said that the SDGs are a call from the united nations for all countries to protect the planet and guarantee global well-being of all people. She highlighted goal 5 where she said that achievement of the SDGs is dependent on this goal, it has three main goals namely ending violence against women and girls, gender equality in decision making and gender equality in distribution of capabilities. She emphasized that women play half contribution to the SDGs as they represent half of world’s population, although women present half of world’s potential there are still many barriers to achieving gender equality with regards to SDGs which includes culture, lack of legislation and lack of understanding of gender equality. Last but not the least Dr Tadala took a point of emphasis on the role of medical students and practitioners towards achieving gender equality with SDGs, first of all she said that advocacy is the core of all, participation in programs that empower and equip women, research that can contribute to legislation,” added Tadala. Talking to some medical students that followed the talk, they said that they are now aware of the role they are supposed to play in tackling the barriers and challenges in achieving gender equality with SDGs. Marched 23, 2019 MEDSAR celebrated belated women’s day in style. On the agenda there was an Exhibition, Debate and Photo session.  Starting with, SCORAngels and SCORPions prepared an exhibition on strong women with outstanding achievements. Some strong women who featured in the exhibition are MARIE CURIE, MALALA YOUSFZAI, MOTHER TERESA, WINNIE MANDELA, ROSA PARKS, DOROTHY VOUGHAN, ELEANOR ROOSVELT, ELLEN JOHNSON SIRLEAF, ILHAN OMAR, NKOSAZANA DLAMINI ZUMA, CONDOLEEZA RICE. They said that these strong women had outstanding qualities which include: dreamers who wouldn’t give up and always found a way to win, self-motivated, hardworking, willing to pay the price and take risks, they faced failures but rose up again and moved forward and they had mentors. This section was really educative; I’m inspired” Said Yvette Mutoni one of the participants who attended the event. 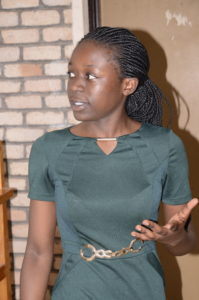 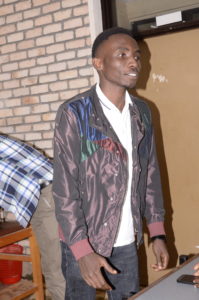 Debate session followed and it had this topic “gender equality is just an idea”. Both teams in the debate really performed well and they had strong ideas and views on the topic. Last but definitely not the least, was a photo session, there were many posters celebrating achievements of strong women as well as posts about quotes encouraging women. Speaking on behalf of MEDSAR Blaise MUHOZA, VICE president of MEDSAR in charge of internal affairs said that this is not only celebrating achievements of strong women but encouraging women and girls out there who hustle and fight each and every day to make this world a better place not only for themselves but for the world in general. He thanked the team behind preparation of women’s day in general and especially NORP MADELEINE and NORA NADINE. MEDSAR is proud of you all,” added Blaise.   Wrapping up the event, NORA Nadine and NORP Madeleine thanked each and every one who made itthere and contributed to make the event a success. FOR MORE PICTURES OF THE EVENT 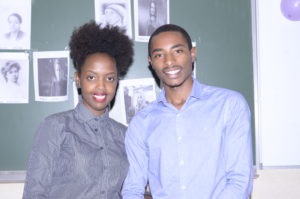 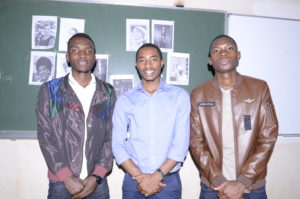 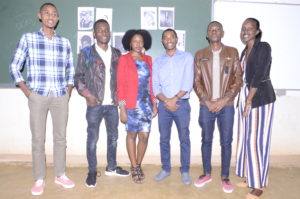 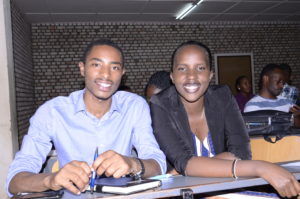 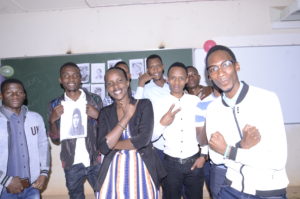 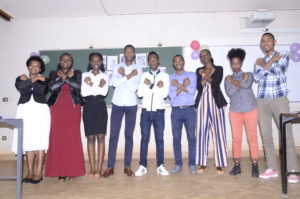 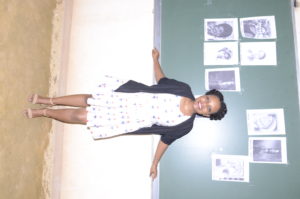 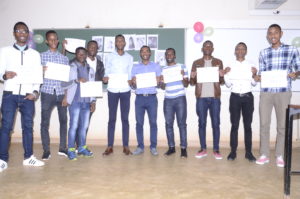