THE BRAIN, FOOD AND DRUGS: (What’s Best for Productivity)

Published by Medical Students' Association of Rwanda on December 8, 2021

Productivity may seem to be a broad term with a variety of meanings and definitions depending on one’s discipline/field [1]. While an economist might not have a similar definition of productivity to an engineer, medical doctor, politician and so on depending on the field, the general meaning remains the same which I say is the relationship between input and output [1]. So, all I am saying is whether your efforts are really paying off. Are you getting the results expected from the hard work? If yes, then good but the question still remains; Is the success maintainable/long term? If yes, then better. If not,then what are the barriers to your productivity and what are you doing to overcome them? So in this article, I will discuss the brain, food and drugs, and their relationship with productivity.

I had to focus and include the brain because it’s the primary asset to productivity. I don’t give a damn whether you are a student, medical doctor, teacher, engineer, diplomat, singer, or an athlete, the truth is we all know what our brains mean to us as far as productivity is concerned.  And when I talk about the brain, I mean intelligence too. So now, I want us to look at what’s best for the brain to help us with the intelligence needed to make our work pay off.

Ever since the late nineteenth century during the years of Francis Galton, Charles Darwin’s cousin whose work laid a foundation for modern scientific study of intelligence, it has always been a hot topic [2]. From the IQ tests, it is self-evident that some people are always more intelligent than others. However, thanks to science which has always given us ways to better ourselves by improving our intelligence. But before that, I would like to highlight the barriers to having a high intelligence (IQ). First is heredity whereby the genes of intelligence are inherited from our parents. Also, research has been made on multiple numbers of twins which have shown that identical twins raised apart get the same scores as non-identical twins raised together [2]. So as far as intelligence is concerned, inheritance can be either an advantage or a disadvantage depending on your parents. Other factors that may be barriers are diet, education background, and to some extent stimulation games [2]. So in order to overcome these barriers, parents have to make sure their children are well-fed and educated.

Surely, intelligence is a necessary tool in our life today. A student will stay up all night studying for an exam in order to get a nice grade, a footballer will train hard and study the game in order to win a game, a surgeon will apply the necessary scientific discoveries and technology advances in order to make sure the surgery is a success and save a life [3]. It’s also self-evident that not few people today have devoted themselves to drugs in order to enhance productivity [2] [4]. Caffeine and nicotine have shown to increase alertness and concentration for shorter periods of time by increasing performance close to your maximum IQ. The so-called “smart drugs” have also been manufactured by pharmaceuticals whereby various studies have reported extensive use of the drugs Ritalin and Adderall by university students to boost memory and concentration [2].  Others also include modanifil which is designed for treating sleep disorders but has been abused by students to pull all-nighters. While these drugs seem to enhance our concentration for a short time, many people are always unwilling to stand the side effects and the legal sanction attached to them.

Well, the aforementioned argument was about the drugs that are quite abused to enhance productivity. What about the ones that are abused which end up slowing down productivity? In a recent study on the prevalence of substance abuse among students in University of Port Harcourt’s host communities in Nigeria [5], out of the total number of participants, the prevalence of drug abuse was 35.33%. The study also showed that the most commonly abused substances by the students were alcohol 90.57%, Nicotine 39.62%, while the least abused drugs were heroin and cocaine being 1.89% respectively. However, in this case convincingly it is not just for the sake of productivity like I said but as I uncover from another study [6], the reported causes from the study included ignorance about the dangers inherent with drug abuse, peer pressure, the need to cope with academic challenges, social acceptance of some drugs e.g. alcohol, lack of parental care, desire to feel popular among colleagues, high level of poverty, experience of parent’s use/abuse and media influence/social media. Good enough though, the students also admitted to the negative correlation of this abuse with productivity by acknowledging how much one loses focus and concentration, withdrawal from school/dropout, and memory loss. From my perspective as a medical student, I would also acknowledge the health effects associated with drug use knowing how much alcohol destroys the liver causing inflammation, how much nicotine is not friendly to the lungs and heroin to the heart but that would be going too far.

However, having got insight from the above discussion leaves us with a big question. What’s the best way to productivity? Well, as long as drugs have not proven effectiveness as an aid in productivity that is long term, then they are not the best choice. So, the best options that research has declared to enhance productivity in the long run include; protecting your brain from assaults such as head injuries, chronic illnesses, smoking and alcoholism as one way to enhance its effectiveness. Another way is by eating healthy foods to stay healthy since it enhances brain activity. Physical exercise has also been proven to enhance brain activity through it’s protection of the cardiovascular system thus making a healthy mind. Brain-training or the so-called mental exercise is another factor that enhances brain activity when you want to master a particular skill that you are practicing. Several books have been written on brain-training through practice such as Gladwell’s Outliers [7] and Robert Greene’s Mastery [8] on their ideas of the 10,000-hour rule. Other books such as Cal Newport’s Deep Work [9] and James Clear’s Atomic Habits [10] have proven techniques on how to avoid distractions during work, building productive habits and breaking bad habits including drug abuse and alcoholism thus enhancing productivity.

With all that’s been said, that becomes my take on today’s topic, THE BRAIN, FOOD AND DRUGS. It was a comparative discussion on the two ways that enhance productivity in today’s world of drugs and distractions including social media. I will be pleased to hear from you in case you have better ideas on the topic. 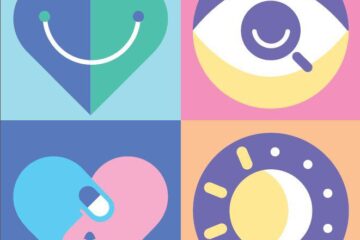 Cancer is tragic but the Patients are not a tragedy!

By TUNGA Christian Earlier in life, possibly in high school before I enrolled into this medicine program. I had heard of a few cancer cases, such as my friend’s mom who died of breast cancer, Read more… 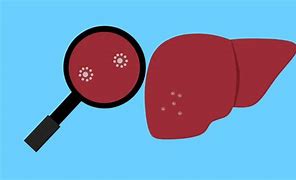 While the world is currently battling the COVID-19 pandemic, it would be counterintuitive of governments and health-promoting organizations to give a room for other disease-causing viruses such as Hepatitis viruses and HIV among others. It Read more… 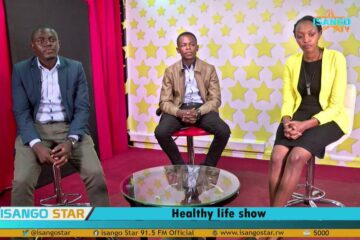 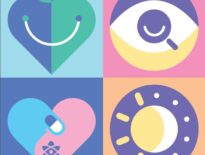