Skip to content
By adminOctober 26, 2019Leave a Comment on outreach organized by University of Rwanda in collaboration with Medical Students association of Rwanda

As the title says, this was an outreach organized by University of Rwanda in collaboration with Medical Students’ Association of Rwanda(MEDSAR) and Nursing and Midwifery Students Association of Rwanda. (NMSAR). The outreach was for screening the population in Huye district and the districts around on Non communicable diseases (NCDs) and the work was carried out by a team of medical, nursing, and midwifery Students from University of Rwanda on 28th and 29th of Marc 2019. The team was made, generally, of 30 students, 25 medical students, 5 midwiferies and nursing students. It was supervised by one of the medical students, the director of Public health in MEDSAR, Mbanza Setonde Steven, and a staff team from University of Rwanda led by Renee Nshimiye.

The first day we started late because of rain. It rained from morning to around noon in Huye district. Nevertheless, our team of the medical students and midwifery and nursing students were already present on the field and we did our job. We started around 12:00 PM, and ended at 16:30 PM. We screened 198 People, namely on: Body mass index (BMI), glucose and Blood pressure.

The second day, 29th March 2019, the teams were already used to the work and the field and we even started early, there was no rain this time. We started 8:00AM and ended around 4:00 PM. We screened 413 people. In addition, the community around the field, where the work was being done, was already informed about the event and so they came in numbers that day, even though the fact that there was no rain and that we started early helped us a lot do our work smoothly.

Again on this last day the team was visited by our Vice-Chancellor, Prof. Philip cotton. This was a big motivation to everyone on the field and we heard from him at the end of the work and the short talk was led by Mrs. Renee Nshimiye, Public Relation and communication, University of Rwanda. Also said a thanking note, is the vice president of MEDSAR, Muhoza Mugeneka Blaise, and Arsen Muhumuza as well as Mbanza Setonde Steven, Director of Public Health in MEDSAR.

Volunteers were very focused on the work on the first day.

The registration team did a great job.

On the second day of the work, 29th, the work was carried out smoothly.  The picture showing the whole team.

On the last day, 29th, March 2019, Our Vice Chancellor, Prof. Philip Cotton visited us and we had memory pictures at the end of the work. 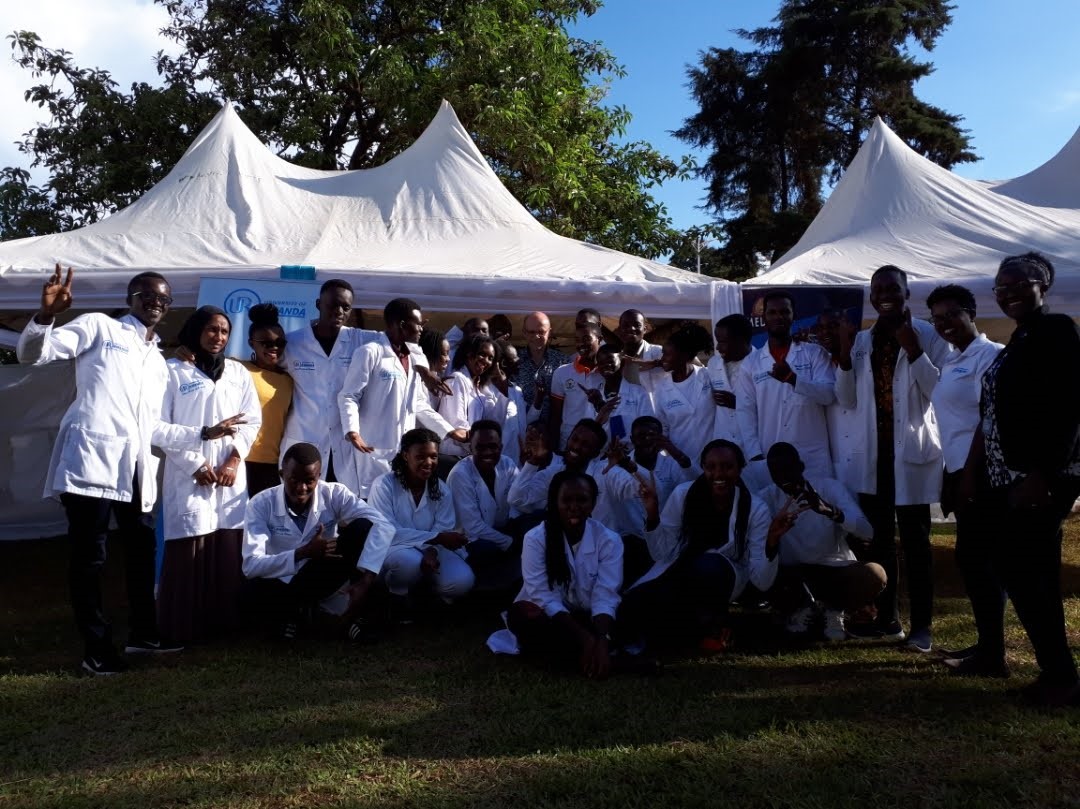